So What is the Correlation Between Endotoxins and Exposure to Toxic Mold? 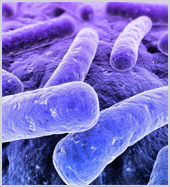 Similar to (1——>3) β – D beta-glucan exposure with mold, endotoxin poisoning triggers a positive result for many inflammatory marker tests, such as; C3a – C4a- C5a and C – reactive protein. Endotoxins are an inflammatory to the human body similar to many of the components in a mold or fungal exposure. The above inflammatory marker tests may be deemed as relatively insignificant if the actual source of the inflammatory condition is not detected, diagnosed, and properly treated. Without the right medical tests, it is impossible to determine if the patient’s inflammatory condition is being caused by endotoxins, exotoxins, enterotoxins, or mycotoxins. Making successful treatment and patient recovery much more difficult, if not near impossible.

When a patient exhibits inflammation it is critical to discover if the inflammation is caused by fungal components, or their bacterial counterparts. Too often healthcare providers solely focused on only mold and mycotoxins totally miss the endotoxin factor. This may be why many of those physicians have lower rates of patient recovery. If certain inflammatory conditions are left untreated, those conditions have been documented to cause permanent and irreversible tissue and nerve damage.

Endotoxins cause organ dysfunction, disease and inflammation in the human body. Endotoxin poisoning creates a condition within the human body known as Endotoxemia and Endotoxin Shock. Endotoxins in human beings can produce a wide range of symptoms and diseases, including death. Called “Sepsis”, or “Septic Shock”, Septic Shock is a serious condition that occurs when a body-wide infection leads to dangerously low blood pressure. Any type of bacteria can cause septic shock. Fungi and (rarely) viruses may also cause the condition. Toxins released by the bacteria or fungi may cause tissue damage. This may lead to low blood pressure and poor organ function. Some researchers think that blood clots in small arteries cause the lack of blood flow and poor organ function. The body has a strong inflammatory response to the toxins that may contribute to organ damage.

Septic shock can affect any part of the body, including the heart, brain, kidneys, liver,
and intestines.